Following his side’s 2-0 win at home to Swansea City on Saturday, Jose Mourinho was full of praise for Swans boss Carlos Carvalhal.

Manchester United took an early lead through Romelu Lukaku – who notched in his 100th Premier League goal – and new signing Alexis Sanchez also hit the back of the net.

Despite their best efforts in the second-half, forcing Red Devils goalkeeper David De Gea into a couple of fine saves, Swansea couldn’t claw their way and succumbed to their third loss to United this season.

After the game, United manager Mourinho insisted that Carvalhal will keep his club in the top-flight and is the manager of the season for doing so. The former Chelsea and Real Madrid boss said:

He changed the players. Not many coaches would do that at half-time. He did it and improved his team.

This guy is going to keep Swansea in the Premier League and he’s the manager of the season because they were dead and he’s going to save them. 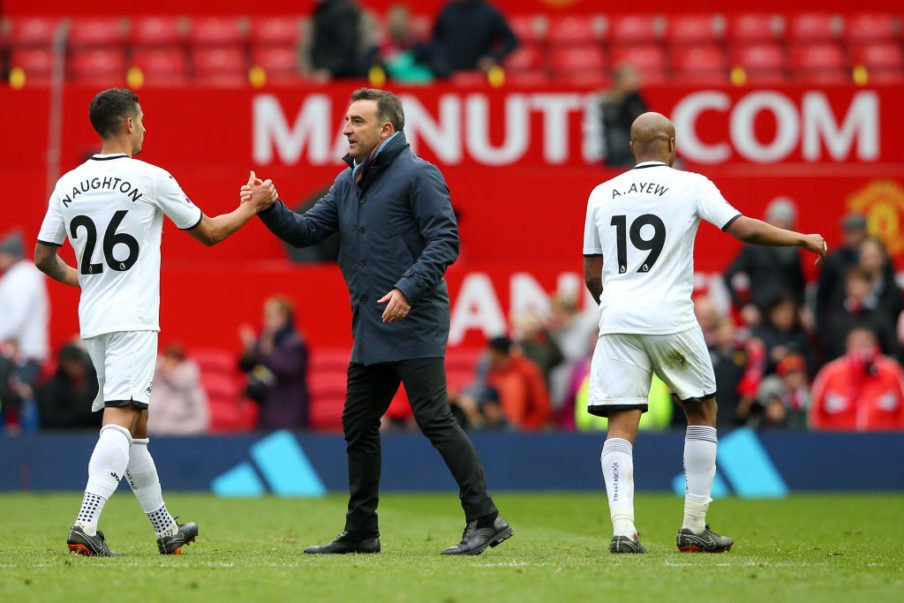 There’s no doubt that Carvalhal is doing a splendid job in SA1, taking the club from rock-bottom in the league and up to 15th, with a real possibility of staying up.

Despite two losses in a row and three games without a win, the Swans face bottom placed West Brom next week and fancy their chances at The Hawthorns with the Baggies losing in eight successive matches.

It’s highly likely that Manchester City’s Pep Guardiola will win the manager of he season award after dominating the Premier League in 2017/18, however as Mourninho acknowledged, Carvalhal at least deserves an honourable mention IF he keeps Swansea in the big-time.