Swansea City midfielder Sam Clucas has been given the all-clear by the medical team after injuring himself at Old Trafford last week.

Clucas was forced off the pitch in the second-half during the 2-0 loss to Manchester United due to a possible knee injury.

However, thankfully for Carlos Carvalhal, the Englishman will be fully fit for Saturday’s trip to rock bottom West Bromwich Albion.

“Our medical department have done good work with us and he has made a good recovery. 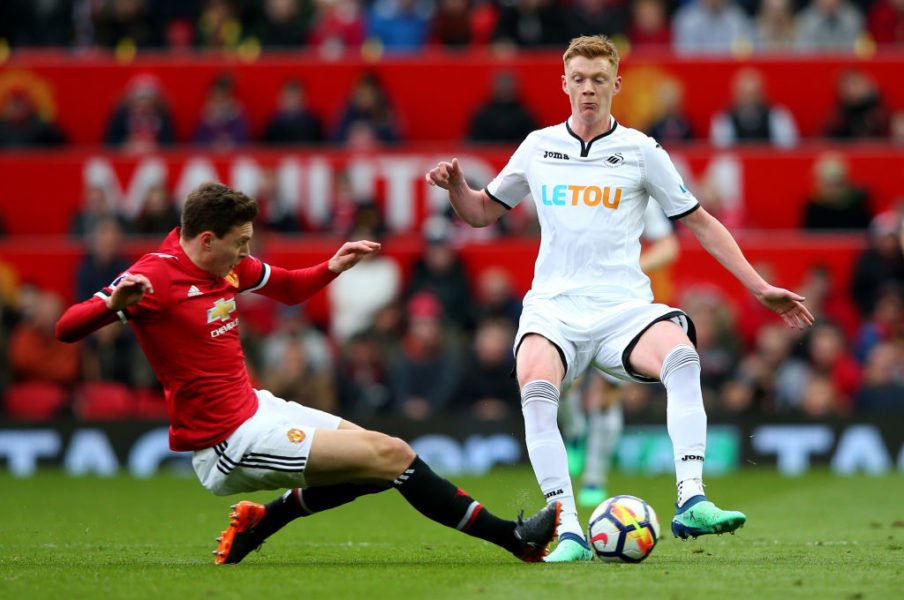 Clucas has become a key figure in the Swans’ midfield since Carvalhal’s appointment – following a disappointing start to life at the Liberty Stadium.

The 27-year-old struggled for confidence since his big money move from Hull City, although he’s now turned a corner and has been one of the club’s most improved players.

Clucas will be hoping to play a big part in Swansea’s remaining fixtures as the Welsh outfit look to sustain their Premier League status for an eighth successive season.