AC Milan’s discussions with Swansea City midfielder Ki Sung-yueng have been put on hold by the Italian club, according to Calcio Mercato.

Ki will be a free agent in the summer when his contract at the Liberty Stadium expires. Reports claim he’s willing to listen to offers from other clubs, although preferably he’d like to remain in the Premier League.

The reason why the South Korean hasn’t renewed his Swansea contract is due to the club’s uncertain future in the top-flight, albeit the Swans look in a much better position than a few months ago. 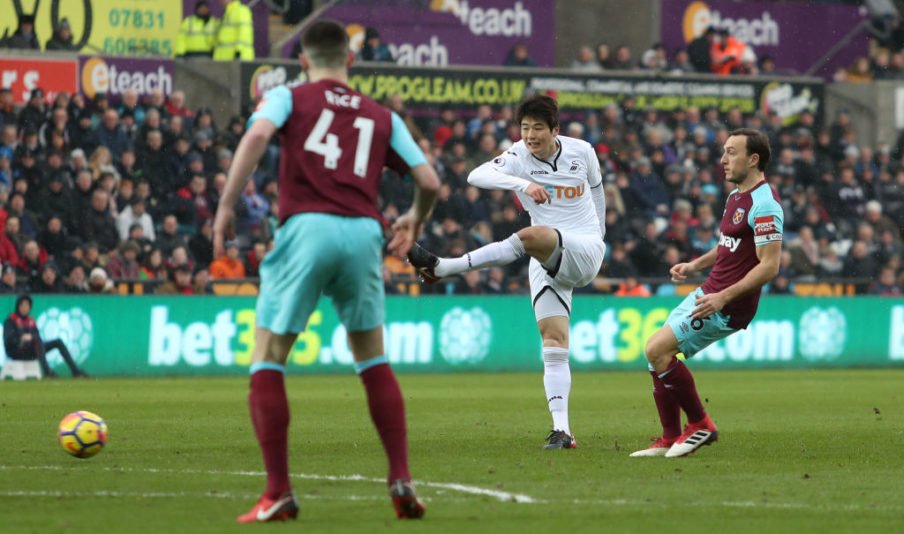 During the Swans’ upturn in form, Ki has been instrumental in the change of fortunes, becoming a key figure in the midfield for Carlos Carvalhal.

With the 29-year-old in form, Milan are said to be keen on signing him this summer, however they’re hoping to acquire Arsenal’s Jack Wilshere on a free as their first option.

The Serie A giants won’t give Ki a concrete offer until they get a potential move for Wilshere sorted, it seems.

Swansea will be hoping to tie the South Korean down to a new contract if they remain in the Premier League with Ki becoming a senior figure in the dressing room after six years in SA1.