Swansea City could face losing two of their key centre-backs going into the new season.

Reports suggest that Alfie Mawson, unsurprisingly, is attracting a lot of interest with Premier League outfits West Ham, Wolves and Fulham hot in pursuit of the 24-year-old.

However, it’s said that Slavisa Jokanovic’s Fulham are leading the race to sign Mawson, who’s valued at over £20 million. 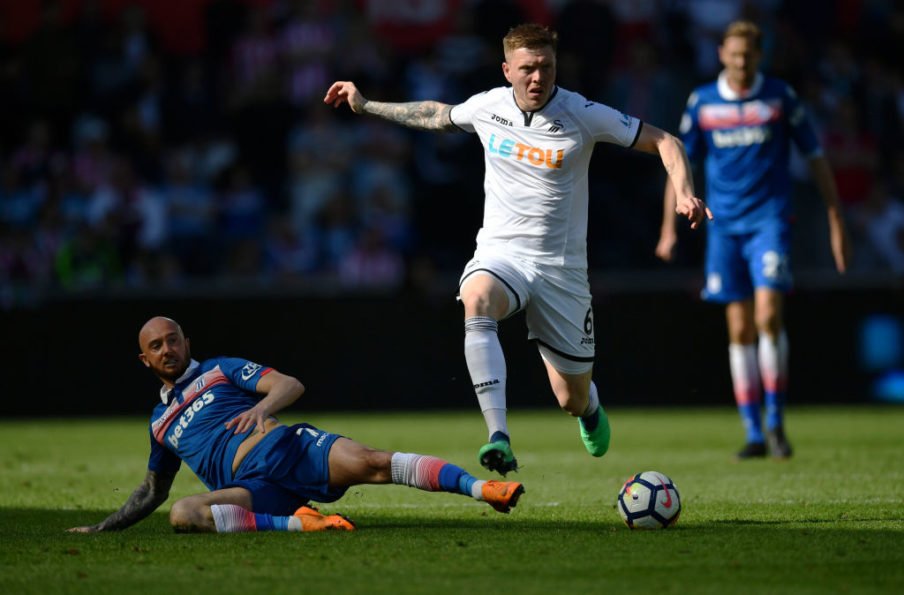 Another key part of the Swans’ defence last season, Federico Fernandez is wanted by Newcastle United after defender Florian Lejeune suffered a cruciate ligament injury in pre-season, ruling the Frenchman out for most of the 2018/19 campaign. Russian Premier League side Krasnodar are also very keen in the Argentinian international.

Most Swansea fans have accepted that Mawson – one of the better players at the Liberty Stadium last term – will be heading out the door. Although if he’s followed out by Fernandez, that could be more of a cause for concern, considering another senior player in that position has departed in Kyle Bartley.

With time running out as transfer deadline day quickly approaches, Graham Potter will have to be sharp in finding a quality replacement should Fernandez leave, with Mike van der Hoorn and Jordi Amat the club’s only recognised centre-backs.