Swansea City have accepted a £20 million bid from Fulham for centre-back Alfie Mawson.

Sky Sports report that Mawson will seal a move back to the Premier League with newly-promoted side Fulham, who have been busy in the transfer market.

Adding to some impressive signings such as Jean-Michael Seri, Andre Schurrle, Aleksandar Mitrovic and Fabri, Mawson will add some class into the Cottagers’ defence after a solid two years at the Liberty Stadium. 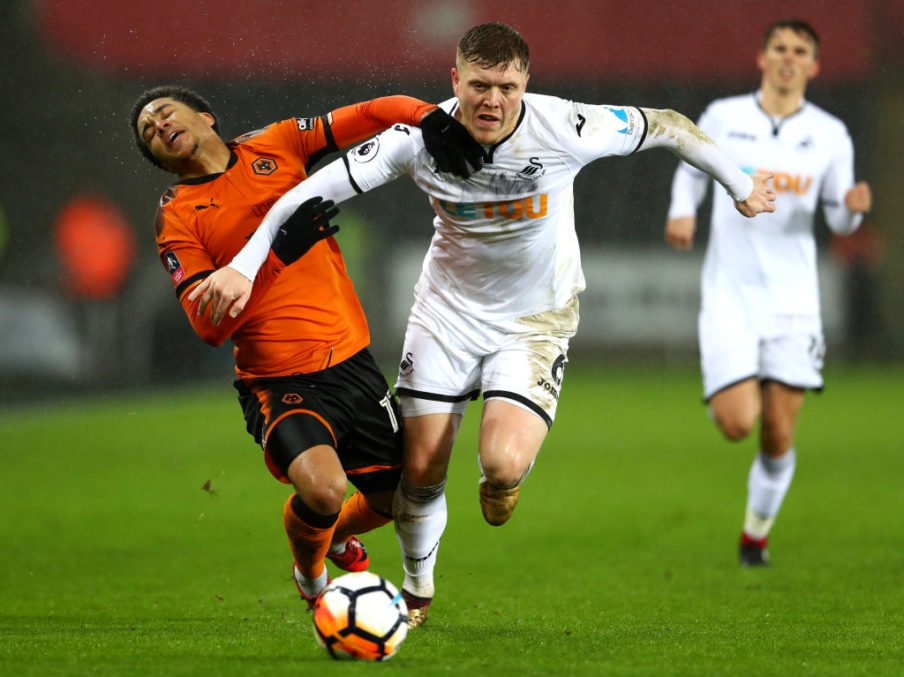 Signing from Barnsley for £5 million in the summer of 2016, the 24-year-old soon cemented his place in the Swansea back-line and was ever-present in the Premier League last season.

Mawson was never going to be short of offers being a young Englishman who’s been consistently performing in the top-flight with Wolves, Burnley and West Ham all looking to pursue the centre-back this summer.

However, it looks as if Fulham have now won the race as Slavisa Jokanovic looks to strengthen his defence ahead of their return to the Premier League after a four-season absence.