It’s been a hectic two weeks at Swansea City.

To start, the Swans kicked their season off in style away at Sheffield United, coming from behind to take the spoils in an impressive victory at Bramall Lane.

Then came the final week of the transfer window, where it’s safe to say Swansea had an absolute mare. Jordan Ayew joined Crystal Palace on loan, the Swans made a £10 million loss on Sam Clucas who headed for Stoke, Jordi Amat returned to Spain and most disappointingly for me, Federico Fernandez left for Newcastle United.

Couple those departures with the failure to seal a deal for a ready-made replacement for Leon Britton in Brentford’s Ryan Woods and quite frankly it’s shambolic.

Despite all this though, there is football to be played and – on the pitch – things can’t have gone too much better after defeating a tough Preston side on Saturday.

Two wins from two against some really tricky Championship opponents is a tremendous start for new boss Graham Potter.

I love that Potter has a plan and even though it’s early days, you can see that he’s thinking long-term. You can see the Swansea identity creeping back – and I for one am delighted from what I’ve seen so far.

Just take a look at the first goal at Sheffield United where the Swans worked it from the goalkeeper all the way to Oli McBurnie up front to smash it in. Dare I say it – but that’s the Swansea way. 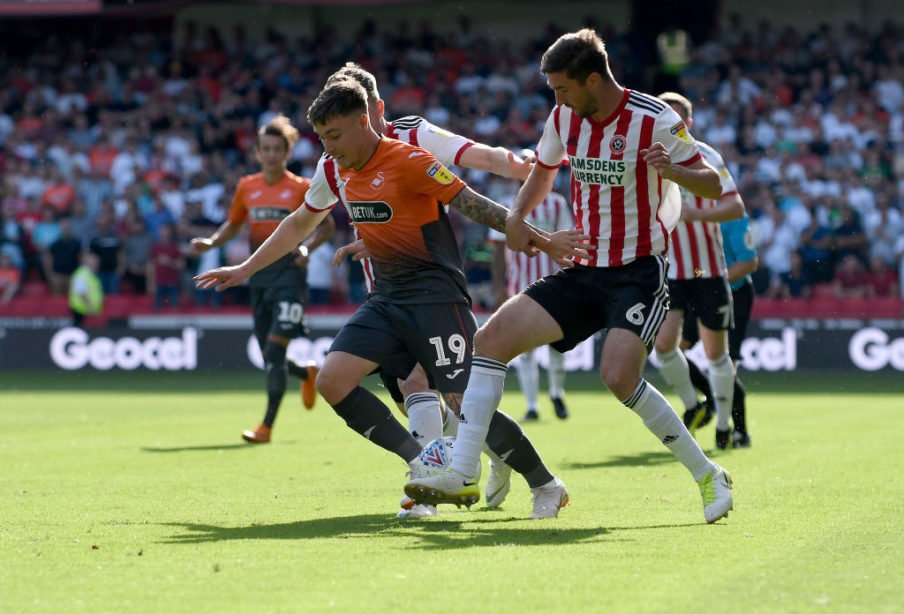 It’s also been good to see many youngsters in the squad. The team is a lot younger this campaign with the average age of the starting 11 against Preston just 24 years old. I think it’ll work in our favour though – give me some young and hungry players over the experienced players that simply under-performed last year any day.

Connor Roberts has done very well at right-back, McBurnie will be a huge threat in the Championship, Joe Rodon had an excellent debut and new signings Bersant Celina and Barrie McKay have enjoyed great starts to life at the Liberty.

It’s so refreshing to see players look up for it. Really kicking themselves if they make a mistake and celebrating passionately after scoring. It’s the little things like that that do actually matter to the fans.

So with a smart and level-headed manager in Potter and some great youngsters making their mark at the club, I’m really looking forward to this season. Not because I think we’ll go up or because we can win more games than has been the case in recent seasons, but to enjoy watching the Swans again and feeling good whilst coming back from the ground.

I’ve really enjoyed watching this new-look Swansea side under Potter so far and I’m excited to see what the future holds on the pitch.